This Rough Magic, Mary Stewart’s eighth published novel, appeared in both the UK and US in 1964. It was serialized in the same year, in Good Housekeeping in the US and in Woman’s Journal in the UK. It is set on the Greek island of Corfu. Though the text doesn’t mention a year, references to the closed borders and communist government of nearby Albania suggest that the story takes place in the late 1950s or early 1960s.

Lucy Waring is a struggling actress whose most recent London show has just closed, leaving her at a loose end. She travels to visit her sister in Corfu, where her sister’s wealthy husband owns several properties. The island is verdant and balmy, a dolphin comes to frolic with her when she swims in the bay, and she is thrilled to discover that iconic actor Julian Gale has been living in seclusion in a nearby castello since his retirement from the English stage. But when two local inhabitants are mysteriously drowned, Lucy stumbles onto a dangerous mystery and into conflict with Julian Gale’s composer son Max.

In Stewart’s lush depiction, Corfu’s people are warm and its history colorful (Julian Gale is convinced it’s the inspiration for Shakespeare’s The Tempest). Yet its proximity to Albania drives some of its impoverished residents into risky smuggling, and the aggression of the Communist bloc is an inescapable threat. The contrasts of the sea, which appears in many if not most of the novel’s scenes, are also beautifully evoked. The book’s final sequence takes place at night when Lucy finds herself alone on a small sailboat with a murderer. The killer’s cold brutality and the seeming impossibility of escape—there is no place to go but into the dark, choppy water—feel all the scarier because earlier moments set in or around the ocean are so idyllic. As in The Tempest, the sea is a force that humans can’t control: a place of danger and death as well as a source of cleansing, renewal and change.

I swallowed more water, and in my panic began to struggle again. I burst free of the water, my eyes wide and sore, arms flapping feebly now, failing to drive me on or even keep me above water. The roar of the breakers came to me oddly muffled, as if they were far away, or as if their noise came only through the water that was filling my ears…I was being carried back, down, down, like a sackful of lead, like a body already drowned, to be tumbled with the other sea-wrack on the rocks in the bright morning.

Theater and literature lovers will appreciate the book’s affectionate references to Shakespeare, The Tempest and the stage, which add color to the story without distracting from Stewart’s own plot. (You don’t need to know the play to appreciate This Rough Magic.) The novel’s dolphin is another delight. Just as Airs Above the Ground made me hanker to see the horses of the Spanish Riding School perform, This Rough Magic made me long to swim with a dolphin—and make a trip to 1960 Corfu for good measure.

This page was written by Suzanne Fox, as a guest review. Suzanne writes fiction and nonfiction, edits the online journal Society Nineteen, and works with authors to shape, publish and market their work. Find out more about Suzanne’s work at www.societynineteenjournal.com. You can see Suzanne’s stunning cover design for This Rough Magic on the post Guest Review of This Rough Magic. Thank you, Suzanne! 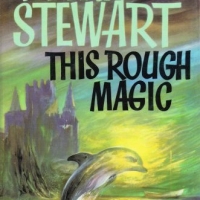 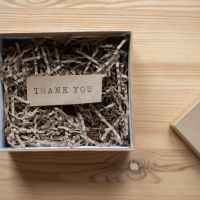